Dogs and cancer: what you need to know 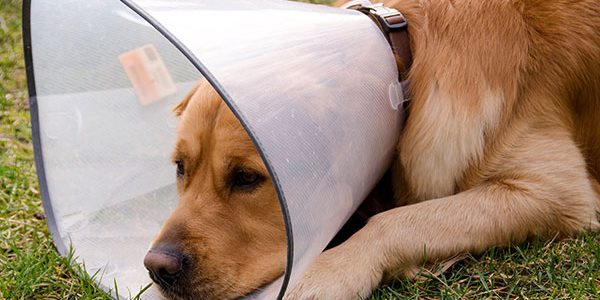 When considering dogs and cancer, did you know cancer is the number one cause of non-accidental death in dogs? According to experts, it’s a diagnosis one in three dogs will receive in their lifetime.

Understanding the types of cancer, early warning signs and treatment options can help you detect possible cancer early and provide care for your dog.

Canine cancer comes in many forms. Here are the six most common types of cancer affecting dogs, according to the American Animal Hospital Association:

Lymphoma: Lymphoma occurs in cells in the lymph nodes or bone marrow and is most commonly diagnosed in dogs between the ages of 6 and 9 years old. Lymphoma affects the dog’s immune system and can spread rapidly if left untreated.

Mast cell tumors: Mast cell tumors are an extremely common in older dogs and mixed breeds. Mast cells are found in the skin and other tissues, like the intestines or respiratory tract. They contain large amounts of histamines and enzymes that protect the body, but when tumors develop, that protection turns against the immune system.

Melanoma: Melanoma, a type of skin cancer, can be found in the nail beds, footpads, and eyes, but the vast majority of melanoma tumors start in the mouth or around the lips. Melanoma tumors are highly aggressive, growing deep into the skin to invade vital organs.

Mammary cancer: Mammary tumors are more common in female dogs that are either not spayed or were spayed after two years of age. About 50 percent of all mammary tumors are malignant and have metastasized, or spread to other areas of the body, by the time they are surgically removed.

Cancer can affect both mixed breed and purebred dogs. Depending on the cancer, some breeds like Great Danes, Boxers, Boston Terriers, and Golden Retrievers are considered at high risk. Canine cancer can happen at any age but most often occurs in older dogs, which is partially because dogs are living longer due to modern, enhanced nutrition and veterinary care.

The National Canine Cancer Foundation (NCCF) says these are the 10 early warning signs of cancer in dogs:

There are three main treatment options for canine cancer: surgery, medication or radiation. Depending on the stage and type of the cancer, the veterinarian may recommend one, two or all three of these types of treatments. In some cases, treatment may not be an option.

Treatment usually ranges between $1,000 up to $15,000 for something complicated that includes radiation and chemotherapy.

Why Dogs Are Now Banned From Many International Flights
October 24, 2021