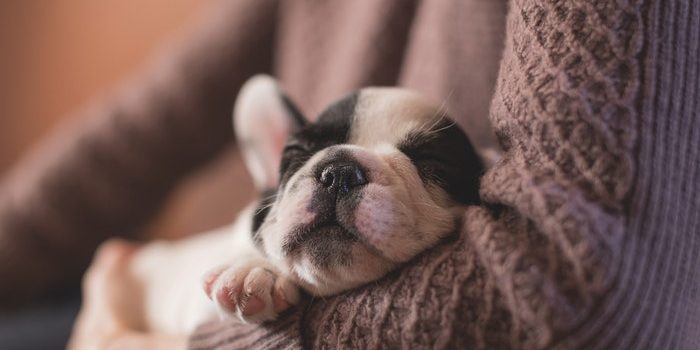 Young children from households with dogs are less likely to experience difficulties with their emotions and social interactions compared to children in households without a pet dog. And the benefits don’t stop there according to a new study.

“Our research found that having a family dog in the household was positively associated with young children’s social-emotional development,” said Dr. Hayley Christian, Associate Professor at The University of Western Australia and Telethon Kids Institute and Principal Investigator of the study. “Our research also supports spending time walking and playing with the dog for added benefits, and we hope these results will help parents, children and pets remain active at home during this time of physical distancing.”

The study was led by researchers at The University of Western Australia and Telethon Kids Institute and funded by the Human Animal Bond Research Institute (HABRI). The study was published in the journal Pediatric Research.

“Findings of this study demonstrate that, starting from a young age, the human-animal bond can play an important role in a child’s social and emotional development,” said Steven Feldman, Executive Director of HABRI. “HABRI is proud to support this important research, which will encourage more families to consider the benefits of dog ownership and more dog-owning families to spend quality time with their beloved pets.”

The team of researchers at The University of Western Australia and Telethon Kids Institute, led by Dr. Christian, collected survey data from 1,646 households, taking into account children’s age, biological sex, sleep habits, screen time and parents’ education levels. Findings indicate that dog ownership is associated with improvements in wellbeing and social-emotional development in children. Specifically, in comparison to children in non-dog-owning households, children from dog-owning households were 23 percent less likely to have difficulties with their emotions and social interactions than children who did not own a dog; 30 percent less likely to engage in antisocial behaviors; 40 percent less likely to have problems interacting with other children; and 34 percent more likely to engage in considerate behaviors, such as sharing.

In addition to benefitting from the presence of a dog in the home, even a small to moderate commitment to involving young children in time spent walking with the family dog may provide important social and emotional benefits for young children. Children who participated in dog walking at least once per week were 36 percent less likely to have poor social and emotional development than those who walked with their family dog less than once per week. Playtime with the family dog was also found to be beneficial. Children who played with their family dog three or more times per week were 74 percent more likely to exhibit considerate behavior than those who played with their dog less than three times per week.

The results of this publication represent the first objective of an ongoing study funded by HABRI. For this first objective, the researchers conducted a secondary analysis of the data from the “Play Spaces and Environments for Children’s Physical Activity” (PLAYCE) study cohort. The PLAYCE Study is a cross-sectional observational study of 2,400 children 2-5 years attending child care in metropolitan Perth, Western Australia, which is investigating the influence of the child care environment on young children’s physical activity. The second objective of this study, currently underway, consists of a pilot test of families that will participate in companion-animal based interventions for improving children’s health and developmental outcomes. The researchers hypothesize that strategies to increase active play and walking with the family dog will improve children’s health and development.