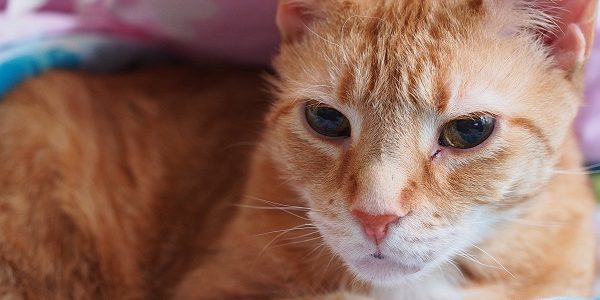 Cats are beautiful, yet elusive creatures. New science indicates they know when we’re calling for them by name. The science also nods at why they don’t always come.

Cats can recognize their own names if their names are used regularly by their owners, according to a new study by researchers at the University of Tokyo. Researchers knew that apes, dolphins, parrots, and dogs could understand some words spoken by humans. They wanted to know about cats. 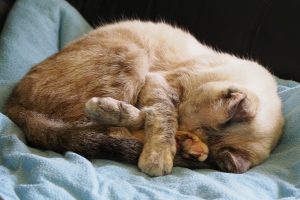 Luna the cat, hiding her face. She may know her name and choose to ignore it. Image by Dan Devor, courtesy of the Univ. of Tokyo.

To test if a cat recognized its name, researchers tested the name against other similar-sounding nouns using recordings. Researchers played recordings of their own voices and the cat owner’s voice, while mixing in the cat’s name.

The cats responded by moving their ears or heads when they heard their name. Cats rarely responded more enthusiastically by moving their tails or bodies, or by using their voice. And cats that did not respond to their names at all may still be able to recognize their name, researchers concluded.

“Their lack of response may be caused by their low motivation level to interact with humans, or their feelings at the time of the experiment,” said Atsuko Saito, Ph.D.

Simply put, Saito concluded cats decide when they want to interact with us and when they don’t. And we think that’s pretty smart.

Because cats are choosy when it comes to spending time with humans, the researchers say we should interact with our cats when they show us interest. Using their names verbally during those encounters is a likely way to ensure kitty knows his name. This is reportedly the first such study into cats’ ability to understand human voices.

At Lucky & Lady®, we’ll be sure to talk to Atlanta’s luckiest cats. Our Cat Stay & Play program will provide the security cats desire and the care they need to thrive. Featuring individual, personal luxury cat boarding, our premium luxury cat condos mean kitty’s got plenty of room.