Saving pets over people? The numbers are in. 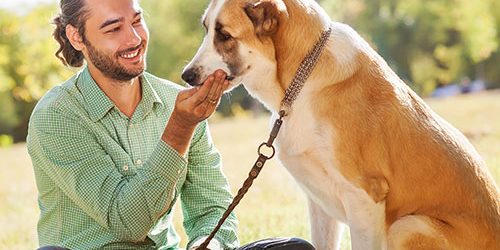 There you are, standing on a street corner when you see that both a person and a dog are in the path of an out-of-control-bus. You have time to save just one. Which would you pick? Pets over people? Researchers at Georgia Regents University say, well, it depends.

We already know pets are members of the family and so many of us regard them as human. But when psychologists surveyed 573 people – asking them who they’d save, the dog or the human – the answers depended upon three factors – who was the person in danger, the dog itself and the gender of the rescuer.

A recent article in Wired, summed it up like this:

The researchers found that decisions to save the person or the dog were affected by three factors. The first: who the person in danger was. The subjects were much more likely to save the dog over a foreign tourist than, say, their best friend or a sibling. The second factor was the dog. Forty percent of participants said they would save their personal pet at the expense of a foreign tourist. But only 14 percent claimed they would sacrifice the tourist when the animal in the scenario was described generically as “a dog.” Finally, as other studies have found, women care more about animals than men do. In the run-away-bus scenario, female subjects were nearly twice as likely as males to say they would save a dog over a person.