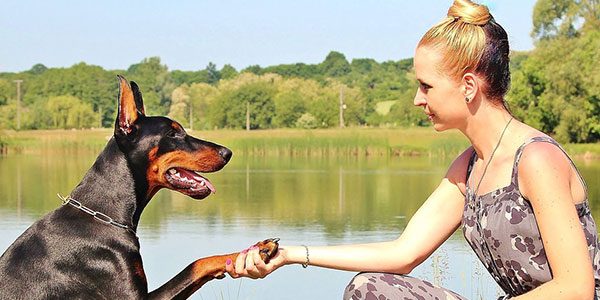 A group of nonprofit and for-profit organizations have joined forces to better protect domestic violence survivors by also protecting their pets. This coalition is urging passage of the Pet and Women Safety (PAWS) Act, a bill that would remove a roadblock and allow these survivors with pets to live healthy, safe lives together.

Two member organizations, Noah’s Animal House and Urban Resource Institute are among only 3% of domestic violence shelters across the country working to keep both pets and their owners away from the dangers of domestic abuse. Together these two incredible organizations have saved more than 1,500 pets from abusive conditions, so that no domestic violence survivor is forced to choose between staying in an abusive relationship and leaving their pet with their abuser.

“Up to 65% of domestic violence victims remain in abusive homes out of fear for their pet’s safety, and even more women residing in domestic violence shelters reported that a pet was harmed by their abuser,” said URI President and CEO Nathaniel Fields. “Through the Urban Resource Institute’s innovative People and Animals Living Safely (PALS) program, domestic violence survivors in New York City are able to find safe harbor with their pets in one of our dedicated shelters.”

PALS is the largest and only model of its kind in New York State, and this new coalition will help extend that life-saving, pet-inclusive approach to domestic violence shelters across America. And we hope in Atlanta.

The PAWS Act Coalition members have been working to promote awareness and encourage support for the legislation, with 247 bipartisan co-sponsors in the House of Representatives and 37 in the Senate. There is now new momentum with the bill’s language included in the recently-passed Senate Farm Bill.