Should You Let Your Pets Watch TV? 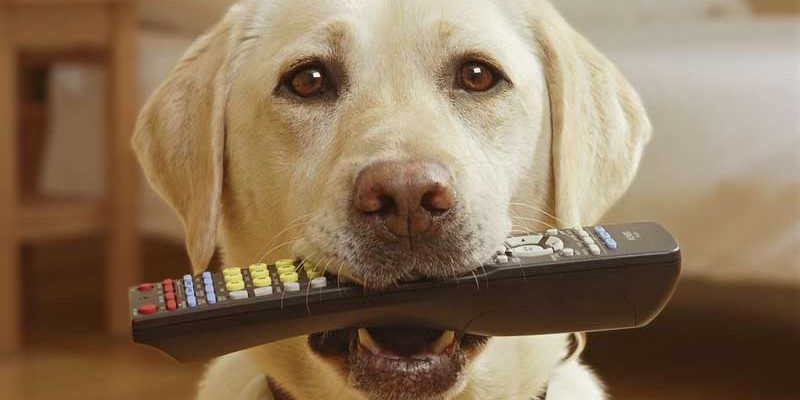 Most of us have tried it – leaving the television on for our pets as a way to entertain them while we’re away. Is it a good idea? Does it work? Should we limit screen time? The answers are just what we always knew.

For starters, only some pets will actually watch television. And for most who do, the experience is rather short-lived. We’ve experienced kitties who love basketball, as an example, because that bright orange ball everyone’s interested in appears like a toy. And a dog’s world is all about smell and smell-o-vision isn’t quite ready for prime time.

Now, if your pets do watch television, is it a good idea? Is it harmful? Our friends “across the pond” might be a little late to the party, but the answers are helpful. Residents of the U.K. now have access to a TV station just for dogs and the U.K. version of Country Living posed our questions to a British television veterinarian personality.

“It’s not like children — they won’t go cross-eyed or get addicted,” Dr. Rory Cowlam told the magazine. “There’s no detrimental effect, but they’ll often get bored very quickly.

Cowlam told the magazine the experience depends on the dog and that, while a television might be good company, it’s not a pet sitter.

Dogs really aren’t colorblind. They see in blues, yellows and shades of gray. And when you program the video just right and augment these colors, the results can be quite entertaining. Each of our luxury Lady’s Suites comes with an in-suite television featuring programming built just for a dog’s vision, along with a nice blend of calming classical music.

Our televisions are located near our private, pet-to-parent PetCams and often keep pups looking in the direction of the camera.