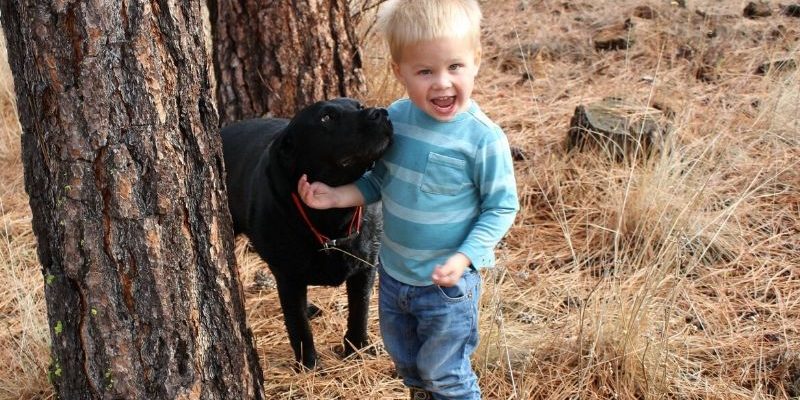 Ever since humans domesticated the dog, the faithful, obedient and protective animal has provided its owner with companionship and emotional well-being. Now, a study suggests a lot more.

The study from Johns Hopkins Medicine suggests that being around “man’s best friend” from an early age may have a health benefit as well — lessening the chance of developing schizophrenia as an adult. And while Fido may help prevent that condition, the jury is still out on whether or not there’s any link involving cats.

“Serious psychiatric disorders have been associated with alterations in the immune system linked to environmental exposures in early life, and since household pets are often among the first things with which children have close contact, it was logical for us to explore the possibilities of a connection between the two,” says Robert Yolken, M.D., chair of the Stanley Division of Pediatric Neurovirology and professor of neurovirology in pediatrics at the Johns Hopkins Children’s Center, and lead author of a research paper recently posted online in the journal PLOS One.

In the study, Yolken and colleagues at Sheppard Pratt Health System in Baltimore investigated the relationship between exposure to a household pet cat or dog during the first 12 years of life and a later diagnosis of schizophrenia or bipolar disorder. For schizophrenia, the researchers were surprised to see a statistically significant decrease in the risk of a person developing the disorder if exposed to a dog early in life. Across the entire age range studied, there was no significant link between dogs and bipolar disorder, or between cats and either psychiatric disorder.

The researchers caution that more studies are needed to confirm these findings, to search for the factors behind any strongly supported links, and to more precisely define the actual risks of developing psychiatric disorders from exposing infants and children under age 13 to pet cats and dogs.

Some investigators, Yolken notes, suspect that this “immune modulation” may alter the risk of developing psychiatric disorders to which a person is genetically or otherwise predisposed.

Yolken says, the findings suggests that people who are exposed to a pet dog before their 13th birthday are significantly less likely — as much as 24% — to be diagnosed later with schizophrenia.

“The largest apparent protective effect was found for children who had a household pet dog at birth or were first exposed after birth but before age 3,” he says.

Learn more about the study here.