The wealthiest pets in the world, revealed

It’s almost unbelievable. A dog – not a person – is worth $375 million. You read that right. Gunther IV tops the list of the wealthiest pets in the world. Call it outlandish or a testament to our true love for our pets, this mind-blowing list is full of caviar, Cartier and, of course, Taylor Swift. 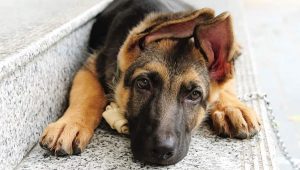 Gunther IV tops the list of the wealthiest pets in the world.

Gunther IV, a handsome German Shepherd Dog, lives in Germany with an inheritance of $375 million or, if you like zeros, $375,000,000.00. We’re fairly sure Gunther would require a Lady’s Suite in our Beyond Boarding program or extra attention in our Enhanced Day Care. (Luckily, that’s standard.)

“He has his own personal maid and butler, eats steak and caviar and owns multiple million-dollar homes,” according to comparethemarket.com, which researched and published the 2018 Pet Rich List.

His fortune reportedly comes from Guther IV’s canine father, Gunther III, who received his riches from German countess Karlotta Leibenstein. And Gunther IV doesn’t even have an Instagram account.

Closer to home, Grumpy Cat in the U.S. ranks No. 2 with a $100 million fortune – all because of her permanent “grumpy” expression. With a real name of Tardar Sauce, a picture of her went viral in 2012 and since then she’s been the subject of many parodies and media appearances. A 2014 film made about her life, “Grumpy Cat’s Worst Christmas Ever,” helped launch her own feline merchandise empire.

The top five wealthiest pets include two dogs, two cats and a chicken, all compiled in a list similar to the way Forbes magazine ranks people.

View the full list of the wealthiest pets in the world here.